The Immortal Cells of Henrietta Lacks by Rebecca Skloot 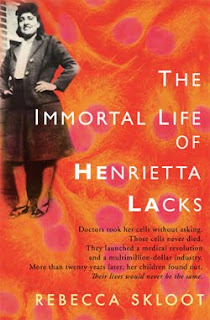 In 1951 a woman died in Johns Hopkins Hospital in Baltimore of cervical cancer. The cancer had been “particularly virulent”, and though she was treated with the latest protocols for cervical cancer, she never had much of a chance. A surgeon at Hopkins took samples of her tumor and put the cells in a petri dish for researchers trying to cultivate human cells in the laboratory. These cells grew and reproduced as no other before and few since had done and they have been used by researchers ever since. They came along just in time to provide the medium for testing the first polio vaccine and have been “workhorse” cells ever since, used in research on herpes, leukemia, influenza, hemophilia, Parkinson’s, lactose intolerance, sexually transmitted diseases , and much more—even the effect on human cells of working in sewers.
The woman was Henrietta Lacks. She was black and poor, the descendent of slaves and sharecroppers who grew tobacco in Maryland and Virginia. Her cells, according to conventions of the time, were called HeLa (first two letters of first and last name). The researchers at Hopkins shared the cells with colleagues at other institutions and those researchers shared or sold them further. They survived just fine sent in the mail it was discovered. Soon HeLa cells were used all over the world and far more HeLa cells existed than Henrietta Lacks had ever had. It was years before the discovery that her tumor was HPV, the fast growing cervical cancer which young girls are advised to get a vaccine for now, and that that accounted for their "immortality".
Rebecca Skloot heard this story in a college class and found a passion as she attempted to understand how it happened that so much medical research depended on the cells of a single woman but also who this woman was, how she had lived and what descendents she had left. She was not the first researcher interested in HeLa and the woman who was the tissue donor—though of course “donor” is probably not the correct term since Henrietta Lacks was never consulted. And many of those who wrote about HeLa also tried to find Henrietta’s family with the result that the Lacks, who grew up on stories of the Tuskegee Institute syphilis research[1] and rumors that Hopkins—founded as a charity hospital— kidnapped black people at night and subjected them to hideous medical experiments, suspected on the one hand that Henrietta might have been tortured or even killed and on the other resented the fact that others had made money off her cells and they had got nothing. So they either refused to talk to reporters or researchers or they ranted about the commercialization of their relative’s cells which had benefitted everyone but them.
Rebecca set her sights on Deborah Lacks, Henrietta’s daughter, and spent 10 years getting to know her and the family Henrietta had left and attempting to help them get recognition for a relative who had provided so much to medical science. The result is a fascinating book in which Skloot tells the story of the Lacks family as well as the story of the HeLa cells and their role in medical research and the evolving medical ethics story surrounding the use of human tissue in research. The relationship Skloot developed with the Lacks was extraordinary: she overcame endless suspicions of white people, reporters, researchers, profiteers, etc. to become a real friend to Deborah and her family. She tells their story in their own voices—and clearly it was not easy to both explain their ideas and feelings and clearly communicate their values to the audience, nor was it easy to gain their trust and cooperation. I can’t imagine many writers going to the lengths Skloot went to get a story that nevertheless honors and doesn’t exploit those whose story it is. Winning over the Lacks klan required more than most writers would be willing to give of themselves.
In addition Skloot provides lively and engaging narrative, full of interesting personalities, that results from her  extensive research on the use of human cells in medical research and the ethical issues surrounding that use. I couldn’t put the book down—and before reading this I’d never have said I was very interested in either cell research or medical ethics.
Most readers will probably be surprised to learn that while medical ethics, especially protecting the privacy of patents has come a long way since Henrietta Lacks’ cells first appeared on the scene, it is still not illegal for human tissue to be used without the informed consent of the patient. It’s an ongoing debate on which Skloot presents a variety of positions so that the readers understand the complexity of the issues involved.
For a nonfiction book on a significant current topic, this one can’t be beat. It’s a page turner, full of human interest but never at the expense of the facts or the issues.
[1] The Tuskegee Syphilis Study is one of the most horrendous examples of research carried out in disregard of basic ethical principles of conduct. The publicity surrounding the study was one of the major influences leading to the codification of protection for human subjects. [From the Tuskegee Institute website, http://www.tuskegee.edu/global/story.asp?s=1207598] 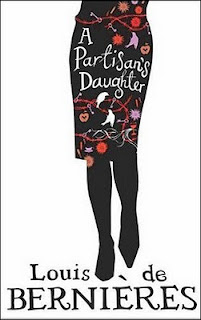 Good but not great book. Not as good as other de Bernières books. A 40-year-old man stops for what he thinks is a prostitute. Turns out to be a young woman from Yugoslavia (whose father was a partisan during the war) whom he subsequently visits over a considerable time. He's unhappily married to the "white lump" and visits Rosa frequently thereafter in the run down flat where she pays rent in the name of an old tenant. She serves him tea and tells him stories of her life. Gradually he falls seriously in love, though he's too afraid to tell her so or make an advance. One disastrous night ends the possibilities. She leaves. He never sees her again, but tells the story in his old age when he discloses her last message making it clear that she too loved him.

The Storm of War by Andrew Roberts 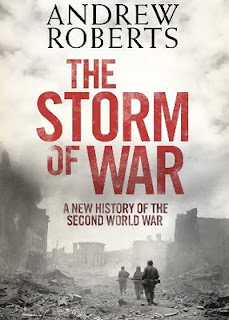