Travels in Siberia by Ian Frazier 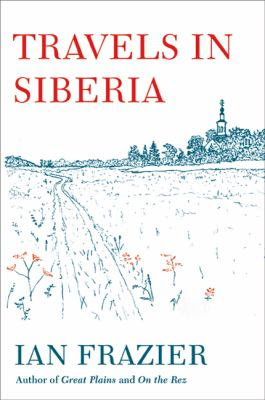 Just finished it and ended up really liking it, though I started out less then enthusiastic. I was listening to it and am usually less than thrilled when an author reads his own book. It also seemed to me he was mispronouncing Russian works, but then what do I know--just a little Russian though my sister who coached me was very particular about pronunciation.
It also took me awhile to realize that the travels of the title was really was meant to be plural--he writes about a total of 5 trips to Siberia. By the time they reached the Pacific Ocean on the long overland trip, I assumed he's wrap up the book.Then I discovered there were two more trips to Siberia.

I like this kind of book, which is organized loosely by chronology, but otherwise by no particular principle other than what's on the author's mind at the moment, with digressions obviously taking us further than what he observed on his trips. I loved the digressions, whether on the Decemberists (his favorite) or on Genghis Khan (to whom I don't think he did justice) or prison camps or the mineral wealth of Siberia. But whether or not I like this kind of book depends on whether I like the author. I guess it took me awhile to decide that I did in this case. If he did mispronounce Russian, it's also clear that he devoted considerable energy to learning the language and was able to converse normally with a wide range of people. I liked that he never claimed to be 100% authoritative, was in "learning mode" most of the time. I liked that he was interested in people--more so than in sights--and look them seriously. I liked that he made Russian friends whom he contacted on subsequent trips. I liked that he put up with things like garbage and lack of safety precautions rather than complaining. I loved it that he eventually decided that Serge really could fix anything that when wrong with that van. I liked it that he really loved Russia...and especially Siberia.